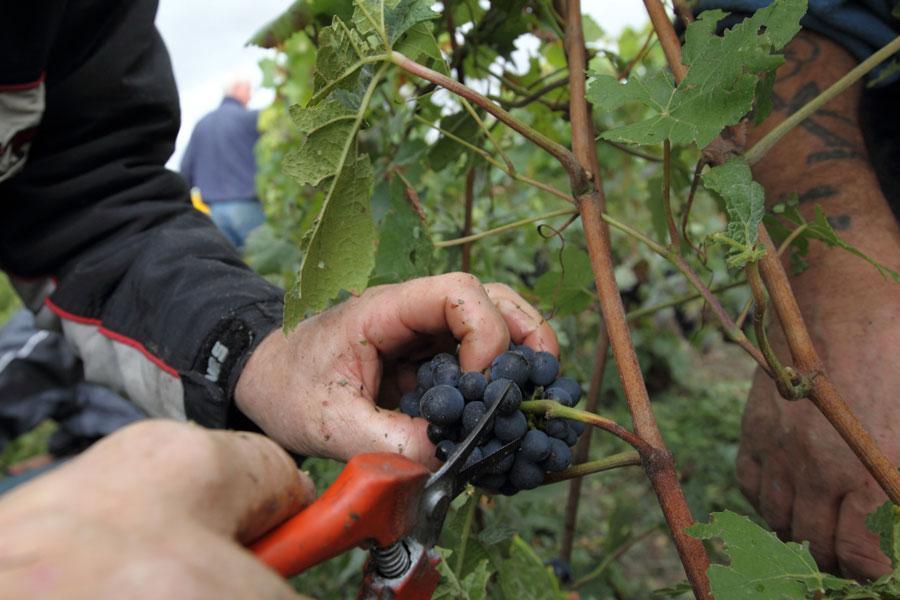 Before the harvest, the dispute in Champagne escalated over the harvest volume. The interests diverge more than ever.

This has never happened before, at least not in the recent history of Champagne. On 17 August, the harvest began in the Aube in the south of the Champagne region, in the best of health and with the same quality prospects. The problem: at the beginning of the harvest, the winegrowers did not yet know how large the permitted harvest would be. At least 10,000 kg/ha were required as a minimum quantity by the “Vignerons Indépendants”, because the independent winegrowers have to supply their existing customers.

The limited production of the leading winemakers of rarely more than 100,000 bottles, often even only 20,000 to 40,000 bottles, is usually sold out quickly in view of customers all over the world. But this excess demand only affects perhaps the 100 best producers. So this luxury problem is by no means shared by all 300 wineries that have joined the “Vignerons Indépendants” in Champagne. Nevertheless, they no longer feel sufficiently represented by the Syndicat Général des Vignerons, which, in the opinion of the self-marketers, takes far too much the position of the pure grape producers – who make up the vast majority of Champagne winegrowers. The dispute escalated at the end of June when the Vignerons Indépendants vacated their offices in the building of the Syndicat Général des Vignerons.

The demand of the vintners was opposed by the position of the union of the trading houses, which made a completely different calculation. Jean-Marie Barillère, president of the Union des Maisons de Champagne, explained the position to Francebleu and France3: “Sales are expected to plummet in 2020 by Covid 19 on a historic scale by around 100 million batches, which corresponds to a potential loss of sales of 1.7 billion euros.” His calculation: “If sales fall by more than 30 per cent, we will also have to reduce crop yields by 3,000 kg.” So that would be 7,000 kg/ha after 10,200 kg in the previous year. Much too little from the point of view of the independent winegrowers, who were already not exactly thrilled last year in view of the top quality of the 2019 vintage to be allowed to harvest or market only 10,200 kg/ha.

Nevertheless, the agreement was reached. On Tuesday, 18 August, one day after the start of harvest, the representatives of the winegrowers and the trading houses limited the harvest quantity released for marketing to 8,000 kg/ha. In addition, individual winegrowers could place additional harvest quantities in their personal reserves, provided these were not already filled to the maximum. However, since the harvest quantity was also controlled rather restrictively in the last few years, there was hardly any capacity left in the operational reserve at the start of harvest on many farms. In the end, nature itself took a little pressure out of the kettle. For it became apparent that the originally estimated 12,000 kg/ha could only have been achieved in exceptional cases due to the dryness in July and August, even without harvest restrictions.

Harvest of the extremes

The 2020 grape harvest in Champagne will go down in history as the earliest harvest. It began on 17 August and ended on 8 September 2000 after a good three weeks. July was the driest since weather records began, which caused a below-average weight of the grapes. The alcohol yield is rather at the upper limit with an average of 10 to 10.5 %vol., in many renowned crus rather 11 %vol. are the rule. The harvest of 8,000 kg/ha is the lowest since 2003, when frost and hail had halved the yields. (sas)