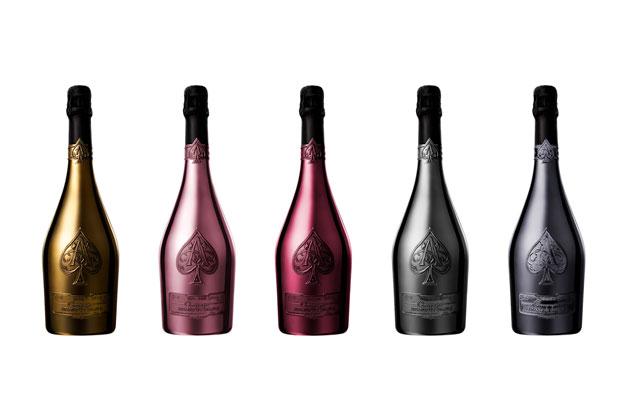 The most popular champagne brand in hip hop circles will have two owners in future: Jay-Z and LVMH. The CEO of Moët Hennessy, Philippe Schaus, justifies the entry by saying that Armand de Brignac has succeeded in opening up new customer groups for high-priced champagnes.

“Armand de Brignac has broken barriers and stands for contemporary luxury.” He said people had been watching the development for years, fascinated by how Jay-Z had managed to break out of some of the rigid rules of the category. As Ace of Spades, Armand de Brignac, aided by the marketing prowess of Jay-Z and his wife, R&B star Beyoncé, made a meteoric rise. At its peak in 2019, between 500,000 and 900,000 bottles of the brand were said to have been sold, mainly in the US, including in the artist and entrepreneur’s own clubs. The truth is probably closer to 500,000 bottles. Jay-Z stated that he hoped that the entry of Moët Hennessy and their professional distribution structures would give him a better chance to promote the brand outside the USA. Schaus confirmed that Moët Hennessy would take over worldwide distribution.

The Cattier champagne house should view the entry of the LVMH luxury group into Armand de Brignac with mixed feelings. The former owners of the brand still produce champagne for Jay-Z, who became the sole owner in 2014. It is not known to what extent it might have been contractually agreed to continue this cooperation in the future. For synergy reasons, it would make sense to move the production to one of Moët Hennessy’s ultra-modern cellars in the medium term. The special feature of Armand de Brignac, apart from the metallic-coated bottles, are the wines stored in relatively new barriques with which the dosage is made. This gives the brand a striking, intense aroma with vanilla, nut, coffee and toasted aromas. Champagne with American flavours. (sas)

Not a Burgundy copy
Scroll to top